Championing an End to Organ Trafficking

On an evening last summer, Francis L. Delmonico, M.D. ’71, and his wife, Janice, attended a fundraising dinner at the tony Beacon Hill residence of Martin Walsh, the mayor of Boston. With Mayor Walsh and the Delmonicos that night was Monsignor Marcelo Sánchez Sorondo, chancellor of the Pontifical Academy of Sciences. Seated at their table was Jack Connors, CEO of the Board of Trustees for the Partners Complex of the Massachusetts General and Brigham and Women’s Hospitals. Looking out at the tables surrounding them, the Delmonicos saw a room packed to capacity with Boston’s social elite. 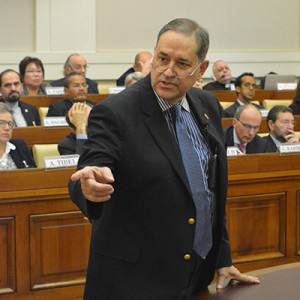 “We’re looking at each other, thinking ‘what are we doing at this table?’ ” chuckles the genial, self-effacing surgeon. Of course, the couple knew exactly why they were there — to raise money in support of the Pontifical Academy of Sciences and its mission to fight the global trade in human organs — but the real question was how did they get there.

Less than a year earlier, on Feb. 15, 2016, Pope Francis named Delmonico to the Pontifical Academy of Sciences, a centuries-old scientific community founded to “honor pure science wherever it may be found, ensure its freedom, and encourage research for the progress of science.” The lifetime appointment puts Delmonico among 80 of the world’s most eminent scientists and academicians, those acknowledged as much for their “moral personality” as their intellectual accomplishments.

“I was not accepted [to medical school at George Washington University] the first time I tried,” recalls Delmonico, marveling at the distance his medical career has covered. “The dean of admissions at that time, Paul Calabrisi, Ph.D., told me ‘you’re not going to get in this year. You have to go back and retake the medical admission test again. If you improve your score, and then you come back to me, you’ll do well here.’ ”

The reassurance, Delmonico says, changed his life. “It gave me the confidence to come back — the notion that if I worked hard, I’d have a chance. I loved GW. It was a great place to go to school.”

Since that early setback, Delmonico has built a breathtaking resume that features, among other accomplishments: professor of surgery and Emeritus Director of Renal Transplantation at Harvard Medical School and Massachusetts General Hospital; recipient of the National Kidney Foundation’s David M. Hume Lifetime Achievement Award; adviser to the World Health Organization in matters of organ donation and transplantation since 2006; and current chief medical officer of New England Donor Services, which oversees all deceased organ and tissue donation for New England.

With his appointment to the Pontifical Academy — which features among its membership scores of Nobel laureates, such as Werner Arber, Ph.D., president of the Pontifical Academy; David Baltimore, Ph.D.; and Ada E. Yonath, Ph.D., as well as noted physicist Stephen Hawking, Ph.D. — Delmonico has ascended to some rarified heights for a middle-class kid from Brooklyn, N.Y.

Selection to the academy, unexpected as it may have been to Delmonico, makes perfect sense on closer inspection. By all accounts, the agenda laid out by Pope Francis is progressive; topics such as refugees, climate change, immigration, and the marginalized are regularly featured in his writings and addresses. Within discussion of the marginalized, explains Delmonico, you find human slavery, and that is where you find organ trafficking. The social media-savvy pontiff made his feelings on the subject unequivocal in an August 2016 tweet: “New forms of slavery such as human and organ trafficking, forced labor, and prostitution are true crimes against humanity.”

Delmonico, who was in Vatican City leading a two-day summit on organ trafficking and transplant tourism in February 2017, is well-versed on the subject and its associated crimes of exploitation, coercion, and kidnapping. The market for human organs is big, he says, estimating that organ sales are involved in as many as 13,000 transplants each year, adding, “we are trying to report instances of organ trafficking to the appropriate authorities.”

In 2011, Global Financial Integrity, a nonprofit research and advisory organization that analyzes international financial systems and illicit revenue, reported that the illegal organ trade had grown to be a $1.2 billion industry. The World Health Organization also reports that all-inclusive kidney transplant packages can be had, for those who can afford them, for prices ranging from $70,000 to $160,000.

In the United States, a vast health care network has evolved to facilitate transplants through both deceased and living donations. Health insurance helps meet the high costs of surgery and a lifetime of anti-rejection medication, enabling the middle class and even the poor to receive lifesaving organ transplants. That system, however, is not universal.

Wherever the rule of law has broken down, Delmonico says, you’ll have people ready to prey upon the desperate, and there you’ll find organ trafficking. In these destabilized regions of the world, such as Afghanistan, “people are taken from their villages, thinking they’re going to have a job when they reach their destination. [Instead] they’re taken to some place, confined,” he says. “They’re held, kidnapped. There is no job. And they’re told, ‘You’ll sell your kidney or we’ll harm you by turning you over to the Taliban.’ That’s human slavery.”

At the end of the two-day summit, participants issued a statement, concluding that “organ trafficking and human trafficking for the purpose of organ removal are true crimes against humanity [that] need to be recognized as such by all religious, political and social leaders, and by national and international legislation … we, the undersigned participants of the Pontifical Academy of Sciences Summit on Organ Trafficking and Transplant Tourism, resolve to combat these crimes against humanity through comprehensive efforts that involve all stakeholders around the world.”

What would the best outcome for the summit look like? Ideally, Delmonico says, engaging governments, using the stature of the Pontifical Academy, to take action on organ trafficking. Realistically, he understands the situation may not change unless the academy has the support of a larger community of media, governments, and medical professionals.

“The best way to put it,” he says, is “the summit is leading to action items, an action agenda to specific locations to make change.”