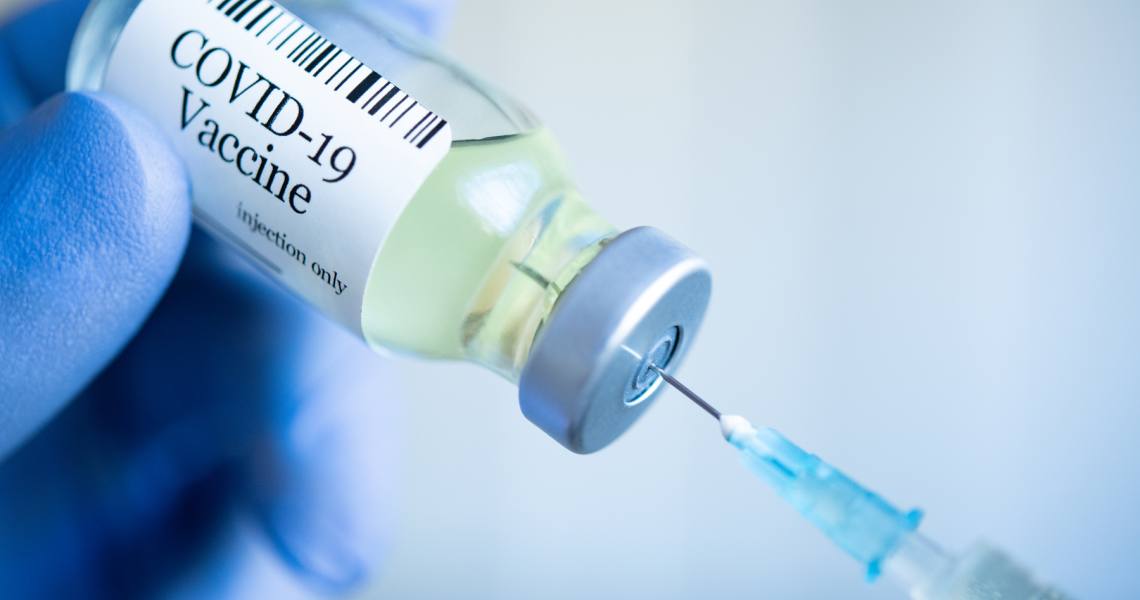 Terrance Stroman, a self-proclaimed “news guy,” first heard about the COVID-19 clinical trial while watching television at his home on a sweltering summer day. He was listening to a plea from Anthony Fauci, MD, the director of the National Institute of Allergy and Infectious Diseases, asking for volunteers for the trial. Stroman took the doctor’s words to heart and sent an email with interest in participating; weeks later he was at the George Washington University (GW) receiving his first dose.

“There was so much misinformation,” he says, “and I felt a lot of people were not participating because of that. And I said ‘Well, I’m going to volunteer.’ ”

Stroman had very few hesitations about being one of the 349 people to enroll in GW’s trial. For 25 years he has been a patient at GW, and he credits the institution with saving his life.

Setting up the Site

It's a journey the world has followed together: the search for vaccines that will help lead to an end of the pandemic and to whatever new normal awaits on the other side of it.

The effort at GW has been a multidisciplinary one, scaling up thanks to the expertise found within the GW School of Medicine and Health Sciences (SMHS), the Milken Institute School of Public Health at GW (Milken Institute SPH), and the GW Medical Faculty Associates.

The CoVPN joined together existing clinical trial networks funded by NIH to become a COVID-19 vaccine trial site. Thanks to GW's role in the HIV Prevention Trials Network, the institution was chosen as one of those sites.

"It's been an exciting time. Being picked to be a site shows the respect there is for GW," Diemert notes. "This is a study that had to be enrolled quickly, but follow all the necessary protocols and safety measures. It really meant a lot to be a part of this effort. It was exciting how eager people were to participate and enroll. That was amazing to see."

The rollout was not without its challenges, from the logistics of where the volunteers would receive their two doses of the vaccine to getting D.C. area residents to participate, Diemert adds. But despite the long days and nights, GW got the site up to speed while exceeding goals for the diversity of its volunteers.

Even weeks after the last participants received their second doses, Diemert still expresses awe at how quickly it all came together.

"It was unprecedented for us and really for any Phase III trial," he says. "It was rewarding to see everyone come together, not only the clinical trial sites, but … also here at GW. There were so many moving parts, and everyone was in it together."

And when it comes to enrollment successes, Magnus points to GW's storied history in forming bonds with the local community. "The context of the HIV Prevention Network is so important and the relationships that helped us build," she says. "There’s nothing we can do by ourselves, it's really hand-in-hand with the community. We're fortunate that for decades we’ve had these connections. We trust them and they trust us, it’s open and transparent."

The Power of Volunteers

The process is the same for every volunteer, but Siegel notes that even when fatigue sets in after dozens and dozens of participants walk through the doors, you have to keep going.

"You need to go through all the steps of the protocol as thoroughly with the 329th patient as with the first," he says.

Volunteers had to consent to having their medical history taken, have their noses swabbed, undergo a physical exam, and then have their blood drawn. Then they rolled up their sleeves and received the first dose, and four weeks later the second.

Stroman says after his shots he didn’t have any side effects to report, but still every day filled out an electronic journal entry to submit any information about reactions to the vaccine or instances of feeling unwell.

"It was a great experience,” Stroman says. “I’m always a cheerful guy, and everyone was kind and professional."

Stroman wasn’t the only volunteer who stepped forward to participate out of a desire to make a difference and support his community, so did many members of GW itself, including Elmer Huerta, MD, director of the Cancer Preventorium at the GW Cancer Center.

For 32 years, Huerta says, he’s used the media to provide health education to his patients and to the Latino community. Part of that education has been around vaccines and the importance of participating in clinical trials, so when the opportunity arose for Huerta himself to be the volunteer, there was only one choice.

"I am a firm believer that this is the way to progress science and knowledge,” he says. "We need to lead by example."

Through his radio show and collaboration with CNN en Espanol, Huerta was able to tell his listeners about his experience, from receiving his first shot in his left shoulder, to the uncertainty of not knowing if he got the real vaccine or a placebo, and about the weekly check-ins from GW to ensure he was feeling healthy. His words convinced many listeners to reach out themselves to become volunteers. 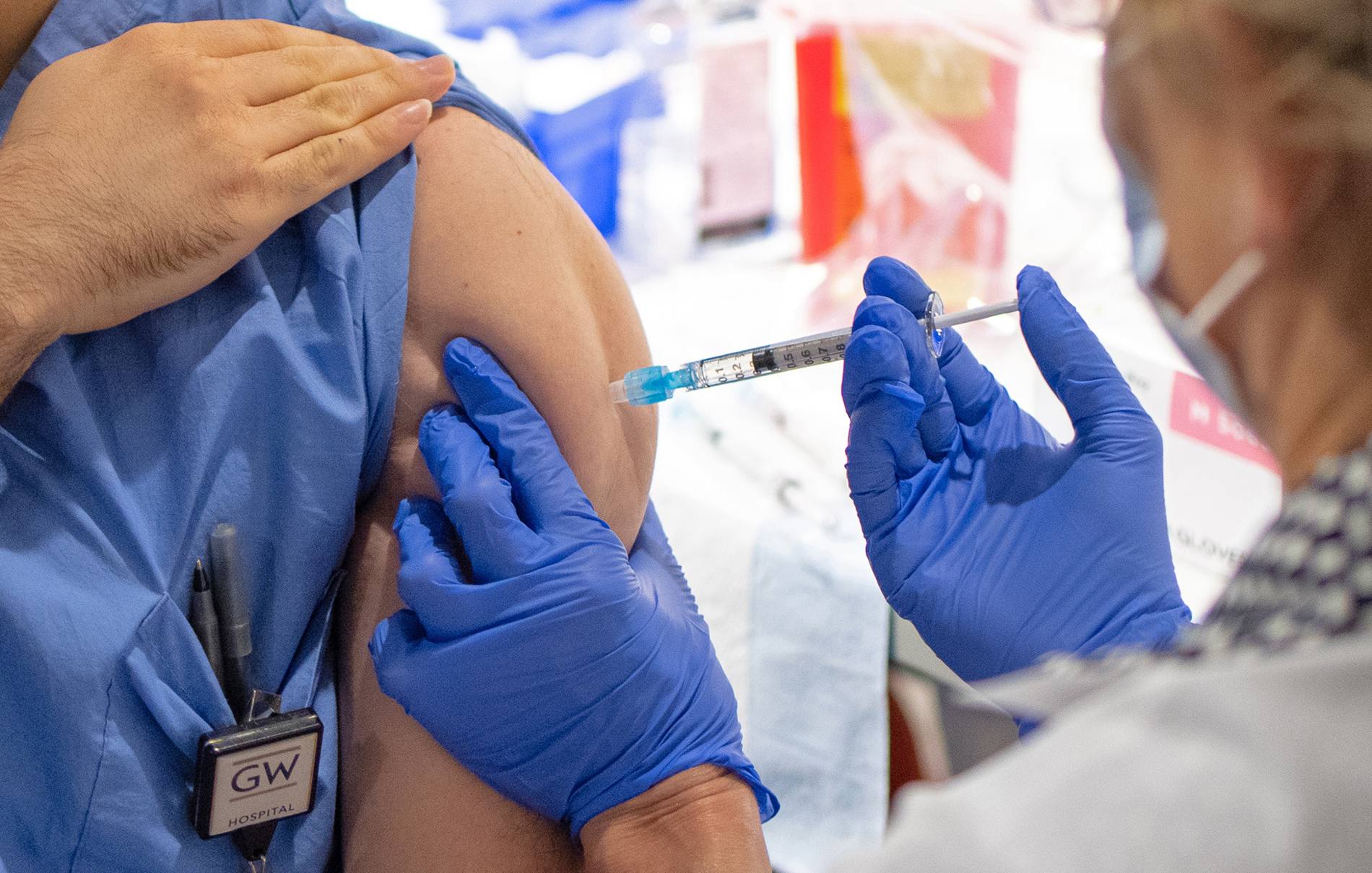 On Nov. 16, Moderna announced that preliminary findings from the vaccine trial showed that the vaccine is 94.5% effective, a number that shocked and thrilled participants and site leaders alike.

"My God, I couldn’t believe it," Huerta says with a laugh about the news. "I told my wife and children, 'that's my vaccine!' I am very happy that I was one of the volunteers who led to those results. I'm so proud to be part of this GW family."

Seeing those results for Siegel felt like a silver lining.

"It was the first time I could really see a potential end to this pandemic, and by end I mean if you could get enough vaccine produced in the next several years, it allows you to think you could develop enough immunity to get to herd immunity," he says.

Once the vaccine received emergency use authorization from the Food and Drug Administration following a review of the data on Dec. 17, the distribution process began, with up to 30 million doses delivered to the U.S. federal government by Jan. 26, 2021, and more than 10 million vaccines administered to the public so far. There's still a long way to go to get to that point of herd immunity, and the trial will continue follow the volunteers for a full two years, but thanks to the hard work and diligence of the scientific community, including those at GW, there’s a light that is starting to glow at the end of the tunnel.

That light is not only because of the dedicated efforts of GW’s investigators, but also because of its volunteers, like Stroman and Huerta, who didn’t want to sit on the sidelines as history was being made.

"I’ve never done anything like this before," Stroman admits. "But I just felt like someone had to do something, someone had to step up and volunteer. I wanted to be that person that gets up from the sideline, I wanted to do the right thing.” 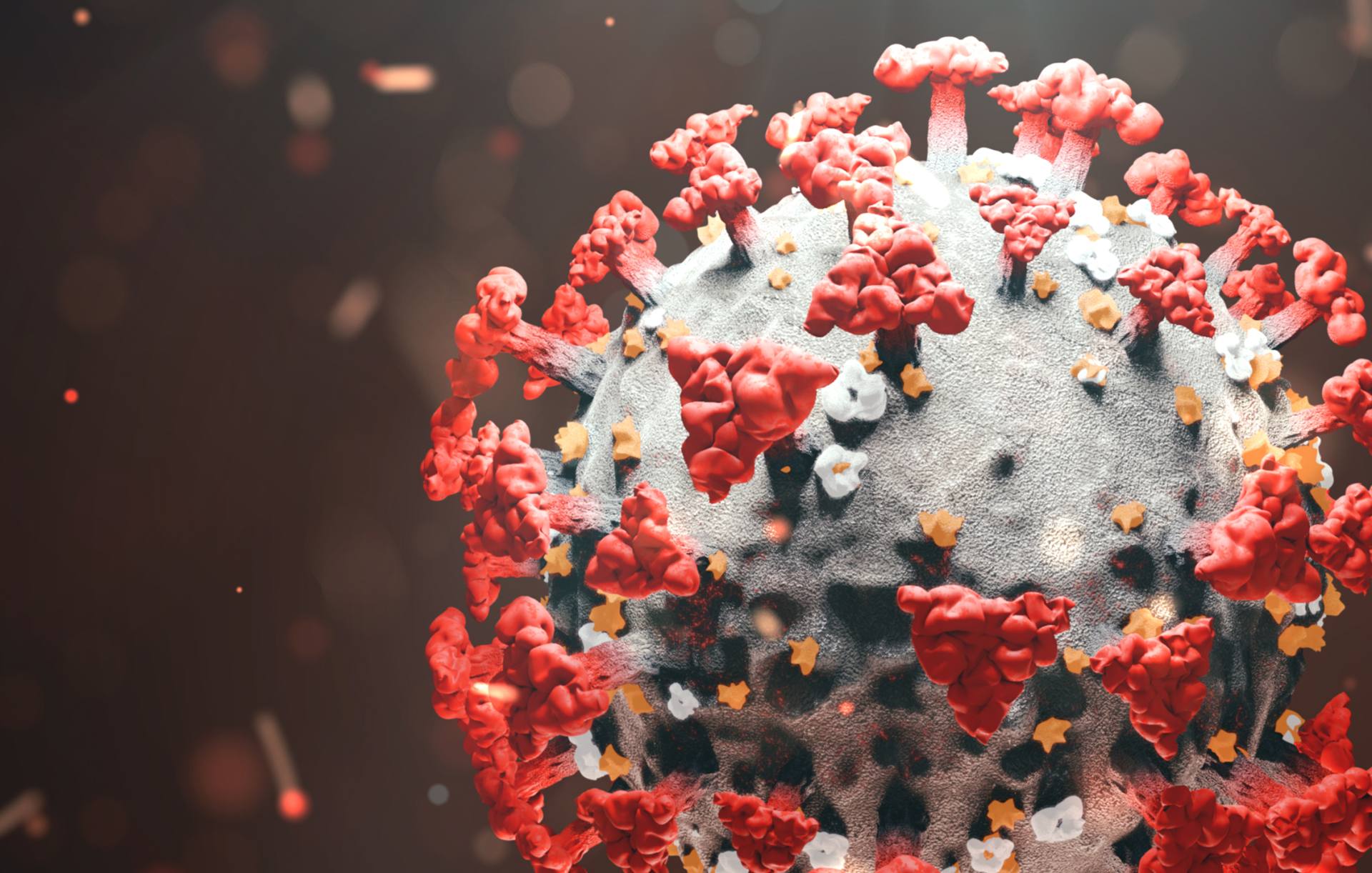