Gail Lebovic, MD ’86, can confidently look back on her decades as a surgeon and an entrepreneur and see the effect her work has had in the field of women’s health care, and particularly on innovative surgery for women with breast cancer. 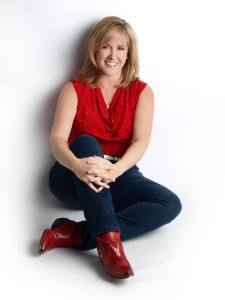 As one of the few people, and few women, involved in breast-conserving surgery in the 1980s, Lebovic traveled around the world attending meetings with surgeons who shared her passion for the issue. “At the time … only a handful of surgeons in various parts of the world [were] interested in improving surgical outcomes for breast cancer.

There were some surgeons in France, Italy, and New Zealand, and we would get together at international meetings and talk about this,” she says. “We discussed ways we could save the skin of the breast and make different and hidden incisions, as well as performing immediate reconstruction.”

The real goal, she says, was saving the breast without having a negative impact on survival from the cancer. “A new term was coined for this approach to breast surgery: oncoplastic surgery,” Lebovic says, “which combines techniques in surgical oncology with aesthetic and reconstructive techniques.

“I was the only woman surgeon in the United States really pushing for this, that’s for sure,” she adds.

Nearly three decades since those early days, Lebovic has developed eight medical device startups, all of which have been acquired and have products still on the market today. Lebovic’s inventions are “relatively simple ideas that came out of a clinical need,” she says. They include the MammoPad, which cushions the breast during a mammogram; the Expand-a-Band Breast Binder, which helps women recovering from a mastectomy; the SAVI, which helps deliver targeted radiation to the breast; and most recently the BioZorb, an implantable device that marks the surgical site where a tumor is removed.

It wasn’t the path Lebovic imagined for herself when she attended the George Washington University (GW) School of Medicine and Health Sciences (SMHS), but it’s a path she says the school more than adequately prepared her to travel. “I truly believe one of the critical aspects of success has been the incredibly strong clinical foundation I obtained while at GW,” she says. “In everything I’ve done, that really strong clinical foundation is what helped me excel in so many different aspects of medicine.”

When asked if she’s always been an innovator, Lebovic replies with a thoughtful “yes.”

As a surgeon, “I loved being able to diagnose a clinical problem and fix it,” she explains. “I think that’s where that innovative spirit, that entrepreneurial spirit, comes from: being able to recognize a problem and carefully and thoughtfully come up with a creative solution, while avoiding risks whenever possible.”

While she was at GW, a close family friend died from breast cancer, pushing Lebovic to learn more about the disease. Not long after, Bernie Fisher, MD, a pioneer in the treatment of breast cancer who conducted one of the pivotal studies in breast-conserving surgery, spoke to students on campus at SMHS.

“I remember sitting in the lecture hall going ‘Wow, this is kind of crazy stuff,’ ” she says. “Almost all women with breast cancer were having mastectomies, and I had seen my first mastectomy and was pretty shocked, and was thinking, ‘does every woman who has breast cancer have to go through this?’ ” After that, Lebovic says, she was set on her career path, seeking to find or develop better, more creative ways to improve the surgical approach through the art of oncoplastic surgery, a subspecialty using reconstructive surgical techniques to shape the remaining breast after removal of a tumor.

“I was the only woman surgeon in the United States

really pushing for this, that’s for sure."

Eventually, Lebovic’s innovative spirit drew her toward the field of medical devices. In the 1990s, she spent a lot of time consulting for device makers, which led her to want to start her own companies that could develop medical products designed to help women.

With the help of engineer George Hermann, whom Lebovic had worked with in the past, ideas started to turn into actual products. “We would do the research, and once we were confident we had a winning product design, we would raise money and build the companies ourselves,” she says. “I bring the clinical design and strategic aspects and he brings the engineering, regulatory, and quality aspects to the table. Then together we assemble a team to help with the work. It really is all about the people, their talent, and our ability to work together. It’s an incredibly rewarding and fun experience.”

The culmination of many aspects of Lebovic’s clinical work, she says, can be found in the BioZorb, a simple yet elegant-looking device that’s actually very complex in what it can do. The device is implanted during surgery after the tumor is taken out; it’s placed where the tumor was removed, and the surgeon sutures it into the breast tissue, allowing the tissue to grow into the center of the device. The BioZorb consists of a bioabsorbable framework, which can be reabsorbed by the body over time, leaving behind six permanent titanium clips to mark the surgical site.

The device helps to maintain the contour of the breast and allows the tissue to heal with support and to re-form instead of collapsing. The clips enable the spot to be easily found during mammography for follow-up, and it helps the radiation oncologists target the area that needs treatment. The product has been used to help nearly 100,000 women, Lebovic says. Focal Therapeutics, the company that Lebovic and Hermann founded to produce and market BioZorb, was acquired last October by women’s medical technology company Hologic for $125 million.

It’s gratifying to be a surgeon and have one-on-one relationships with patients, Lebovic says, but you can help only so many people directly. However, “when you become an entrepreneur and invent something that improves patient care, now you can impact millions of women all at once.”

The same goes for teaching, she notes. About 13 years ago, Lebovic founded the School of Oncoplastic Surgery. Two courses are held each year, and plans are in the works to expand and include online courses as well. “We’ve trained a thousand surgeons through our school from all around the world, and each one of those surgeons impacts several hundred women a year, so now I’m able to ‘touch’ 2 million women or more a year, something I could never do if I only stayed in practice,” she says.

With all she’s done, all the 100-hour workweeks over the years, people sometimes ask Lebovic if she’s going to retire, but she says there’s always something in the pipeline.

“It would be impossible for me to retire. It’s not in my blood, and besides, why retire when you love what you do and can change history in medicine? In my career I’ve just put one foot in front of the other … and opportunities just kept presenting themselves to me,” she says. “I never planned all of this, but looking back on it all, it looks so well-orchestrated.”