A Master Key to Breakthroughs: IMMUNOLOGY

Earlier this year, when news headlines were dominated by the spread of Zika, a mosquito-borne disease caused by a virus from the genus Flavivirus, to South America, research scientists at GW took more than a passing notice. Interest deepened as the virus was linked to microcephaly, a congenital defect that leaves babies with undersized heads and varying degrees of nerve damage, and to Guillain-Barré syndrome (GBS), an uncommon sickness of the nervous system in which a person’s own immune system damages the nerve cells, causing muscle weakness and, sometimes, paralysis. 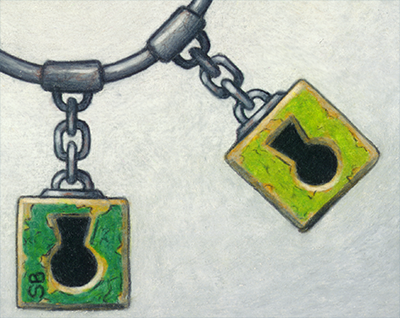 Here was a case study epitomizing the importance of immunology as a research priority; a link between disciplines; and a strategy by which to increase efficiency, collaboration, and, ideally, scientific breakthroughs. “This was a really, really good example of why we are doing this,” says Robert Miller, Ph.D., senior associate dean for research and Vivian Gill Distinguished Research Professor at GW’s School of Medicine and Health Sciences (SMHS).

“This” is a watershed moment in the institutional history of SMHS. Three pillars constitute the structure of a new research initiative: cancer, under Eduardo Sotomayor, M.D., professor of medicine and director of the GW Cancer Center; infectious disease, under Douglas Nixon, M.D., Ph.D.; and neuroscience, under GW Institute for Neuroscience (GWIN) director Anthony LaMantia, Ph.D., professor of pharmacology and physiology at SMHS. The structure was conceived under the SMHS Strategic Plan, which set a goal of augmenting the school’s research portfolio and elevating its prominence through enhanced quality and impact. To accomplish this goal, the plan identified three strategies: First, advancing translation of research and increasing interdisciplinary collaboration in key areas of strength; second, accelerating growth in emerging areas of research excellence; and finally, enhancing infrastructure and exploring new sources of support to advance innovation and discovery.

Miller, newly hired from Case Western Reserve University, sat in on some of the strategic planning sessions, and after assuming oversight of the research portfolio, set about finding a way to network the pillars to prevent them from becoming silos. “As I got absorbed in the school, it became quite clear that immunology was a linkage among the three disciplines that could give us some interdisciplinary leverage,” says Miller, adding that numerous scientists were working on applications of immunology. “The more it percolated, the more it seemed sensible to me that instead of building three different, separate pillars, [we could] make an interdisciplinary network.”

Nixon, chair of the Department of Microbiology, Immunology, and Tropical Medicine (MITM) and the Walter G. Ross Professor of Basic Science Research, described by colleagues as a “creative extrovert” and an ideal partner for a collaborative environment, was enthusiastic about the plan. “I think immunology is central to many disease processes and is interesting from [the standpoints of] both the mechanisms of disease and the solutions to disease,” he says. “You have to look at the amazing new data in the cancer trial field ... for instance, adding antibodies against checkpoint inhibitors has changed outcomes for patients with metastatic melanoma. In addition, T cell therapies — the kind that our colleague Catherine Bollard works on at Children’s National [Health System] — are now coming into the clinic.”

The SMHS research initiative is not unique, Miller adds, but it is rare. Many institutions will have interactions within a discipline, such as a cancer center, but they tend to be self-contained. Says Miller, “I don’t know of many institutions that have created this kind of umbrella over their research environment.”

One example of the synergies Miller is hoping for was on display at the 2016 GWIN Symposium in April. Titled “The Neuro-Immune Interface,” the symposium discussions focused on autoimmune diseases, such as multiple sclerosis (MS). “This tied in nicely with immunology as the linker,” Miller notes. “Questions such as: Why do you get microcephaly after a viral infection? Why do you get Guillain-Barré?”

Other examples of how immunology connects research areas include:

Boosting the immune system to fight latent HIV: Though antiretroviral therapy can reduce active HIV to undetectable levels in the blood, it cannot reach dormant HIV hidden in cells, which may reactivate and replicate. Brad Jones, Ph.D., assistant professor of MITM, is working on a drug designed to boost the patient’s cytotoxic T cells to kill the cells infected with the reactivated virus.

Tracking how parasitic infections may cause cancer: MITM researchers have identified a possible biomarker for parasite-induced cancer. The study is being funded with grants from the National Cancer Institute at the National Institutes of Health.

Microbial oncology: It is well established that some bacteria are more damaging to tumors than they are to healthy human cells. These microbes hold great promise for cancer treatment, as researched in Nixon’s lab. They kill cells in a way that can potentially synergize with radiotherapy or chemotherapy, and they can recruit the patient’s own immune system to fight back. Excitingly, these microbes can also be enhanced by being “armed” with genes that sensitize the cancer to prodrugs — compounds that become highly effective anti-cancer drugs when activated in the tumor.

Myelin-destroying diseases such as MS: Miller is co-author of research that found that a combination of drugs may be able to repair the brain by restoring the myelin sheath, the protective coating around nerve fibers in the central nervous system, which is a primary target of the immune attack in MS. There was another, more practical reason for the network: workspace limitations at GW. As Miller notes, building network-based research programs would result in combinations that would save space. “So because we are relatively young in research, and somewhat space limited, and because we had hired people who were interactive and enthusiastic about collaborating, [working closely together] made a lot of sense,” Miller explains. 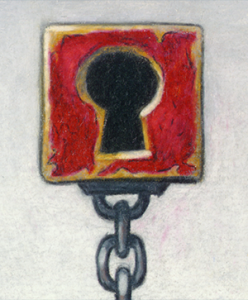 The SMHS research initiative is not unique, Miller adds, but it is rare. Many institutions will have interactions within a discipline, such as a cancer center, but they tend to be self-contained. Says Miller, “I don’t know of many institutions that have created this kind of umbrella over their research environment.”

Nixon notes that a research institution has to be a certain size to create the critical mass for this fusion to produce good results. One of the good things about the timing of this enterprise, he says, “is that we’re getting linked up when the program is at an adolescent stage, rather than fully mature, with all the enthusiasm of adolescence.”

Not everyone shared the enthusiasm at first. Miller acknowledges that there was some initial pushback to the new strategy, concerns that the investments would create haves and have-nots. Assurances had to come from the top that researchers with no connection to immunology would still benefit. “I think of the network as kind of a big, loose, central core that gives the others a larger community to play in — a kind of trickle-out science,” says Miller.

One eager adherent is Bollard, M.D., professor of pediatrics and of MITM, and director of the Program for Cell Enhancement and Technologies for Immunotherapy at Children’s National, whose program is fully translational and “would bridge all three pillars.” Through her academic affiliation with GW, she works in close collaboration with researchers in cancer and MITM. “With Doug [Nixon], what we’re looking at is sequencing patients’ own HIV virus and developing cell-based therapies that specifically target their individual virus,” says Bollard. “What we’d like to do with the cancer center is the same thing, sequencing the genetic code of their tumors and then generating a cell therapeutic just for that patient so it recognizes just his or her tumor and the unique proteins the tumor recognizes. There’s overlap between cancer and infection — especially HIV — so we can use the tools we’ve developed for both. I think it’s a very complementary and synergistic program, and having these pillars would really facilitate that collaboration.”

Victoria Shanmugam, M.B.B.S., MRCP, associate professor of medicine and director of the Division of Rheumatology, says one of the main reasons she came to GW in 2014 was that the school embraced the importance of immunology as part of its vision to transform health care education and expand research to improve lives. “Rheumatology as a specialty really brings immunology to the bedside,” she says. “As science has evolved and we have a better understanding of the molecular pathways driving the immune system, we have been able to harness this in the treatment of both immune diseases and certain cancers. There are a number of autoimmune diseases that are associated with malignancies, and many of the drugs harnessed to treat malignancy are also now used in rheumatologic diseases. This also affords our students a much better understanding of immune pathways than was possible when I was in medical school. Now these pathways are not just concepts; they are actually targets that we use for treatment.”

Shanmugam adds that GW is a great place to be right now. “The cancer center is growing, there are scientists here working on cutting-edge diagnostics and treatments for infectious diseases, and the immunology of neurologic disease is a growing field with significant overlap into the rheumatologic arena. I am thrilled to be a part of it.”

In order to implement the new organization, a research strategy group, which includes the leadership of the three disciplines as well as the leaders of the bioinformatics program and the health policy programs, holds a monthly meeting. The goal is to facilitate communication to increase collaboration. The research director’s office is responsible for increasing awareness “of what everyone else is doing,” as Miller puts it.

What are the outcomes, or metrics, that will indicate whether the new research strategy is a success? Miller suggests three goals he hopes to achieve. “If this is successful, our research portfolio should grow, so that the number of investigators with funded research activities should increase. Second, the number of multi-investigator program projects — inter-principal investigator (PI) programs — also should increase through networking. And ultimately, the goal is that GW will become recognized as a world center for this networked program and for implementing a relatively groundbreaking way of putting together various research programs as well as a place where the best science gets done.”

Nixon seconds this, defining as goals “better communication among scientists, engaging junior scientists in cross-disciplinary work, helping people find pilot funding and apply for larger grants, and getting people excited about cancer and immunology.” Miller adds that there’s already been a “bump” in the number of multi-PI projects, particularly in cancer immunotherapy and the role of the immune system in the development of the nervous system.