Tsung O. Cheng, M.D., professor of medicine, passed away Dec. 24, 2015, in Bethesda, Maryland, where he lived. The 90-year-old internationally renowned cardiologist was originally from Shanghai. He joined the GW School of Medicine and Health Sciences (SMHS) faculty as an associate professor in 1970 and specialized in cardiac catheterization, coronary artery spasm, and mitral valve prolapse. He received the school’s first Lifetime Achievement Distinguished Researcher Award in 2007. 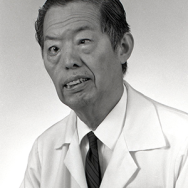 A prolific writer, Cheng served as an editor and contributor for several leading academic journals, including Vascular Medicine and Angiology, and he wrote more than 1,500 articles and 24 books or book chapters. He is survived by his wife of more than 60 years, Marie Ellen Cheng; their children, Yvonne Cheng Dennis and Mark Cheng; four grandchildren; and his sister, Josephine Cheng, of Shanghai.

“Every year at annual report time I would ask T.O. if I could make him ‘emeritus,’ and each time he said no because it sounded too much like retiring,” recalled Alan Wasserman, M.D., chair of the Department of Medicine and Eugene Meyer Professor of Medicine at SMHS, in the department’s newsletter, GW Medicine Notes. “He said he didn’t need to be emeritus and would ‘die with his boots on,’ and at 90 years of age, that is what he did on the way to work.”