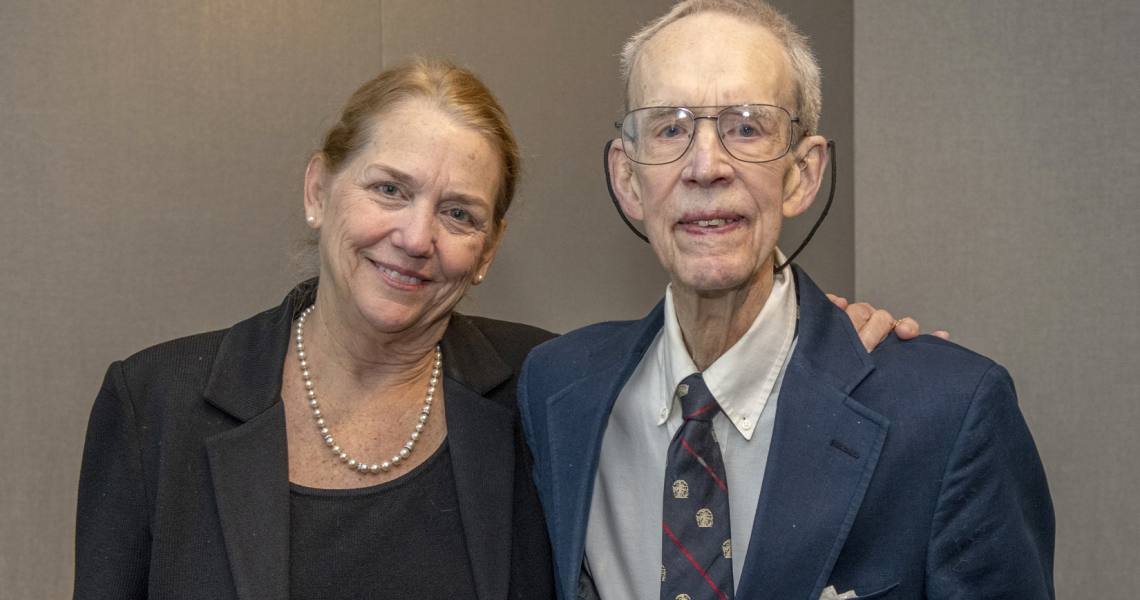 “Dr. Shorb was a very special mentor to many surgical residents, including me: my residency program director, an exemplary role model who taught me not only the principles of surgical disease but also how to operate,” said Barbara L. Bass, MD, RESD ’86, vice president for health affairs and dean of SMHS, and CEO of The GW Medical Faculty Associates, in a statement announcing Shorb’s passing. “He taught me how to serve others – patients and colleagues – with respect and compassion.

“Forty years ago, as a leader at GW,” Bass continued, “he lived the principles we now still seek of equity and inclusion for those, such as women and people of color, who wished to pursue careers in the then not so inclusive discipline of surgery. I was fortunate to have known him and benefited from his wisdom and kindness as have so many others.”

A graduate of the Johns Hopkins School of Medicine, Shorb began his surgical residency at GW in 1956. Following an interruption in his training for military service, Shorb returned to GW in 1963 to complete his residency. Thereafter, Shorb joined GW’s faculty and developed a large referral practice treating patients with complex gastrointestinal surgical conditions.

One of his many notable contributions in medicine came in 1968, when he and William McCune, MD, described the first endoscopic cannulation of the ampulla of Vater with injection of radio-opaque contrast material to visualize the structure of the biliary and pancreatic ducts. The procedure — known as endoscopic retrograde cholangiopancreatography — revolutionized the understanding and management of benign and malignant conditions of the hepatobiliary and pancreatic systems, particularly during this era prior to cross sectional imaging.

Throughout his tenure at GW, Shorb mentored hundreds of medical students, residents, and staff members, and he was recognized with the resident’s teaching award for four consecutive years. He rose to the rank of professor of surgery in 1976, and from 1973 to 1980, he served as the program director for the residency in general surgery. From 1981 to 1998, Shorb served as director of the Division of General Surgery and pioneered work on hepatic artery infusion pumps for treatment of patients with hepatic colorectal metastases. Later, he devoted his practice to the treatment of breast disease and was a founding member and director of the Comprehensive Breast Center at GW.

Shorb was a distinguished member of the Physician’s Health Committee of the Medical Society of the District of Columbia for more than a decade. In September 2000, he was awarded the Margaret B. and Cyril A. Schulman Distinguished Service Award for his work with monitoring and counseling practicing physicians, resident physicians, and medical students with substance abuse. He was a past-president of the Washington Academy of Surgery and the Metropolitan Washington Chapter of the American College of Surgeons.

Upon his retirement, his residents in the Department of Surgery established the Shorb lectureship in his honor. The Shorb Lecture is presented annually by a graduate of the general surgery residency who has made notable contributions to the profession and discipline of surgery.

Shorb is survived by his wife, Teena Shorb, their five children, and 12 grandchildren. 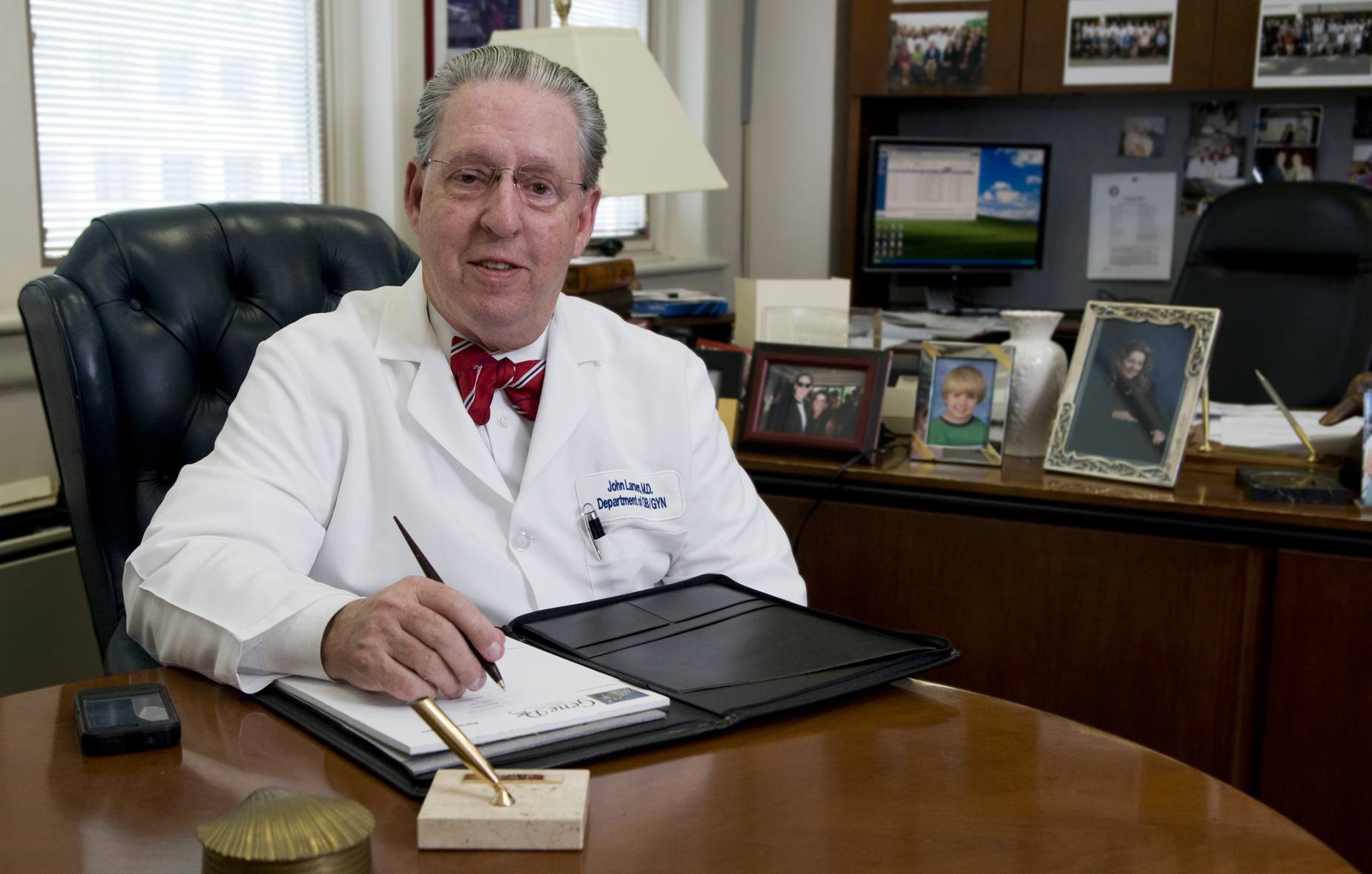 For more than 42 years Dr. Larsen was a fixture in the Department of Obstetrics and Gynecology, joining the George Washington University faculty in 1975 as an assistant professor of obstetrics and gynecology and ultimately rising to become chair in 2004. He made countless positive contributions to the careers of the physicians and residents serving in the department.

Larsen was also among a notable list of GW physicians to hold the Oscar I. Dodek and Mildred S. Dodek and Joan B. and Oscar I. Dodek Jr., MD '56, JD '85, professorship, established in 1982, including Allan B. Weingold, MD, HON '98, Professor Emeritus of Obstetrics and Gynecology; Harold E. Fox, MD; and current Dodek Professor and Chair, Nancy D. Gaba, MD '93, RESD '97. He also served as medical director of the MFA and as a trustee of GW Hospital.

Larsen was a fellow of both the American College of Gynecology and the American College of Medical Genetics and Genomics. Among his many accomplishments, in 2016, he received the prestigious Hellman Midwifery Partnership Award, in recognition for having demonstrated outstanding support for midwifery. He is credited with bringing midwifery care back to GW Hospital after an absence of more than 20 years. Larsen also helped expand access to comprehensive, evidence-based obstetric care at GW Hospital.

He was a graduate of Dartmouth College in 1964 where he earned his undergraduate degree, and he earned his medical degree from Cornell University Medical College in 1968. As a United States Army Special Forces Green Beret, Larsen trained in mountain and winter warfare in the early 1960s.

Jerrold M. Post, MD, George Washington University (GW) Professor Emeritus of Psychiatry, Political Psychology, and International Affairs, died, Nov. 22, of complications from COVID-19, according to an obituary in The Washington Post. He was 86.

Post devoted his career to the field of political psychology. He joined the faculty of the Elliott School of International Affairs and the School of Medicine and Health Sciences at GW, following a 21-year career with the Central Intelligence Agency as a psychological profiler. He founded and directed the CIA Center for the Analysis of Personality and Political Behavior.

David H. Goodman, MD ’63, Emeritus Clinical Professor of Medicine at the George Washington University School of Medicine and Health Sciences, passed away Feb. 18, 2021. He was 82. Goodman received the 2012 AOA Honor Medical Society Award as the outstanding volunteer clinical member. He served in the United States Army at Madigan General Hospital at Fort Lewis, Washington, where he was Chief of the Adult Clinic and attained the rank of Major. Goodman received the Army Commendation Medal and the Meritorious Service Medal.

Alice Hackney Altstatt, MD, passed away on Jan. 10, 2021. She was 93. Hackney, who was born in Baltimore, and grew up in Caroll County, Maryland, earned her medical degree from Vanderbilt University School of Medicine in 1956, and completed a residency in anesthesiology at the University of California, San Francisco. She joined the faculty of The George Washington University School of Medicine and Health Sciences in 1964 as a professor of anesthesiology. She was Chief of Obstetric Anesthesiology and served as Secretary of the Society of Obstetric Anesthesiology and Perinatology until her retirement from GW in 1989.